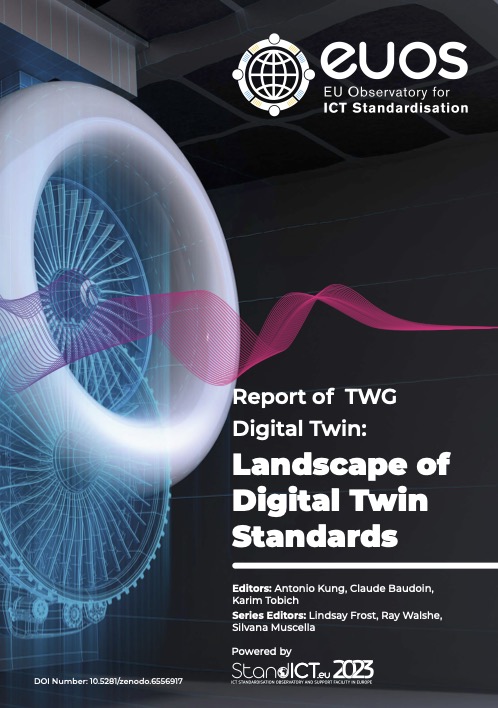 Digital Twins represent one of the most novel and promising  concepts within the general trend of digital transformation. They are a distinctly 21st century invention. The term is attributed to Prof. Michael Grieves of the University of Michigan in 2002, and the approach was adopted in particular by NASA around 2010. The concept has proved very powerful and has now been universally used across domains, and yet we have only scratched the surface of what they can or should do. While the current generation of digital twins are replicas of existing entities in the physical world, future twins will help design or invent things that have not yet been realized, bridging the gap to virtual reality.

As befits such a new approach, the definition of digital twins is not quite stable yet, and standards are only barely emergent. While Wikipedia defines a digital twin as “a virtual representation that serves as the real-time digital counterpart of a physical object or process,” various organizations have attempted to add more precision to the definition. The Digital Twin Consortium’s definition is “a virtual representation of real-world entities and processes, synchronized at a specified frequency and fidelity.” This is a more operational definition – one that insists on the nature of the link between the two twins – the digital one and the physical one. It has the merit of explaining that a digital twin is not just a simulation model – there are data and/or commands that get sent by one twin to the other.

Whenever a new technology emerges, standards are often at first controversial. They are seen as premature – potentially interfering with the exploratory nature of the new idea, and limiting the freedom of companies, especially technology suppliers,  to invent and patent new intellectual property. Over time, the ideas and mechanisms that contribute to the technology tend to stratify: there is a layer of foundational components whose standardization increasingly appears useful to all parties because such standards reduce the “friction” in the development of useful systems. For example, a multiplicity of data formats impedes the ingestion, combination, and processing of information. Conversely, the application level remains the one at which competition creatively rages and standardization continues to be considered harmful.

Digital twins have not even reached the point at which specific, normative standard specifications have emerged for components of the technology proper.
However, there is a “primordial soup” of standards related to supporting technologies (systems modeling, security, communication protocols, data formats, etc.), as well as glossaries, guidelines, papers and reports that all serve to inform the work of developers and users of digital twins. Building a landscape of these documents is therefore a useful and timely endeavor – as long as the reader keeps in mind that this is a rapidly evolving situation and that this landscape will certainly need to be updated in a few years’ time. The interaction between twins is likely to be a fertile ground for the development of new technologies, and ultimately of new standards.

In creating this landscape, the authors and editors had to make sense not only of the large number of documents that seemed worthy of inclusion (over 250 items), but also of the multi-faceted taxonomy of these documents. In a linear report, it is hard to clearly expose the various dimensions of classification: by country or region, by originating body (ISO, national standards bodies, other standards development organizations, consortia, individual companies), by type of document (actual standard, report, paper, web page, etc.), and by industrial sector (manufacturing, construction, etc., or cross-sector). The editors of this landscape have provided indices to help the reader navigate through this complex web of information. They reflect the complex domain maze (see figure 1) and the complex integration maze (see figure 2). Future versions of this landscape may bring more classification, grouping, and analysis of current and future standards.

We hope that the content of the landscape, as well as the way it is presented, will meet the needs of a broad range of actors, from industry and government alike, in the European Union and elsewhere.