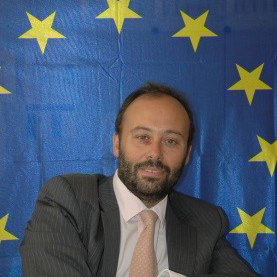 Emilio has worked since 2013 in the European Commission Unit dealing with Innovation and Blockchain within Directorate General for Communication Networks, Content and Technology (DG CONNECT). He is responsible of coordinating ICT Standardisation strategies, liaising with Standards Development Organisations active in ICT, and in particular building bridges between research and standardisation and how standardisation contributes to innovation. He is also following up (among other sectors) international standardisation activities on blockchain/DLT in the different standardisation organisations. Mr. Dávila graduated as Telecommunication Engineer in the Polytechnic University of Madrid and holds a Degree in Law from the Spanish Open University.